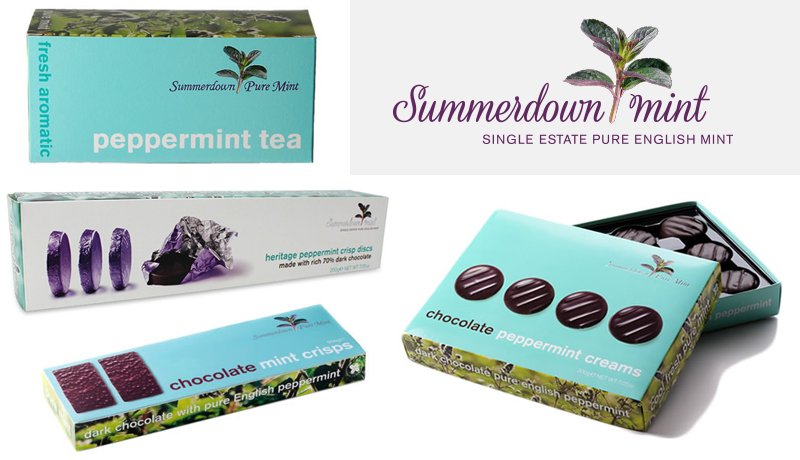 In March, along with Saint Patrick’s Day we happily celebrate all things green!

Real mint, as opposed to artificial mint flavoring, makes an enormous difference in recipes that call for the herb. Summerdown Black Mitcham is the rare and real thing. Sir Michael Coleman of Summerdown Farms (of earlier mustard fame) grows mint on his Hampshire Estate. He also uses it to create his line of heritage English chocolate mints. Chelsea Market Baskets began carrying Summerdown Mint products in 2005 and we were the first to bring it to the United States. It has been one of our favorite staples ever since.

Simply and attractively packaged in a suitably green-ish box, Chelsea Market Baskets features Summerdown Mint’s chocolate peppermint creams, crisps, mini bars and, most recently, Heritage Mint Crisps which are made of 70% cocoa content coverture and are individually foil wrapped. The Mint Crisps are on special in our store and online this month. Chelsea Market Baskets also carries Summerdown Farm Heritage Black Mitcham Tea, Spearmint and Chamomile Tea online and English Peppermint Oil in the store. Real mint oil is hard to come by, but is handy to create treats. I enjoy dark chocolate and mint, Thin Mints were forever my favorite Girl Scout Cookies and are newly glamourous thanks to their star turn during the recent Academy Awards broadcast.

Last month, Melissa Clark shared a recipe for Chocolate Peppermint Bars in the Food section of the New York Times. I used Summerdown Mint Oil and other ingredients that Chelsea Market Baskets carries including Droste Cocoa and Cote d’Or bar chocolate to create these sophisticated thick Thin Mints. The recipe and accompanying video are below as are photos of my finished dessert with some of my commentary. View the New York Times Peppermint Bars Recipe and Video. 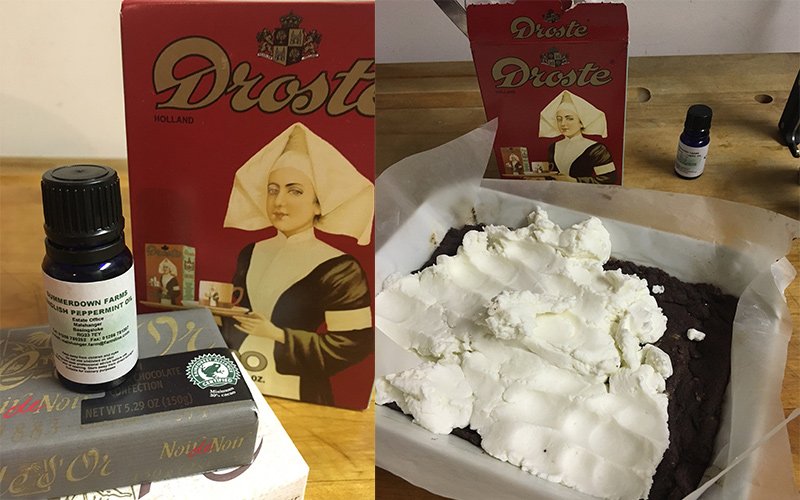 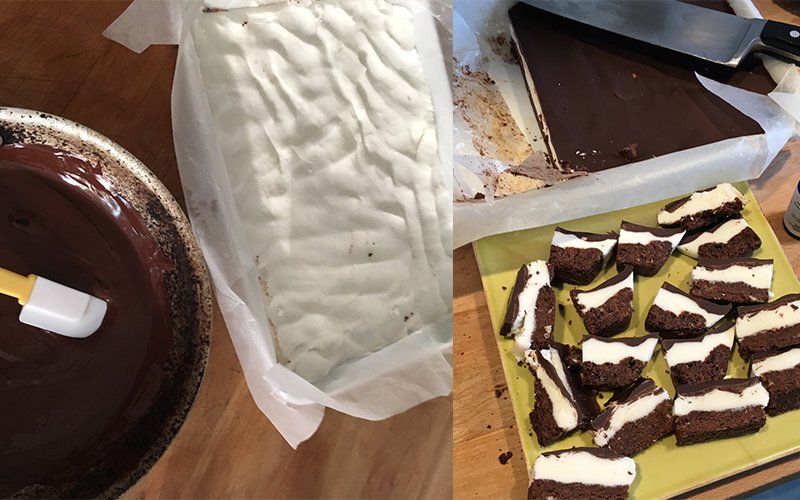 Because the Summerdown Mint Oil is stronger than the what is called for in the recipe I halved the amount; the intense mint may be too much of a good thing for some. As you can see I opted to top the whole bar with the dark chocolate and cut it into pieces after I brought it to the office. This was both easier to prepare and easier to clean up. Feedback from both employees and customers was good. Everyone agreed that they taste like the Girl Scouts’ Thin Mints and, if I dare say, maybe better! 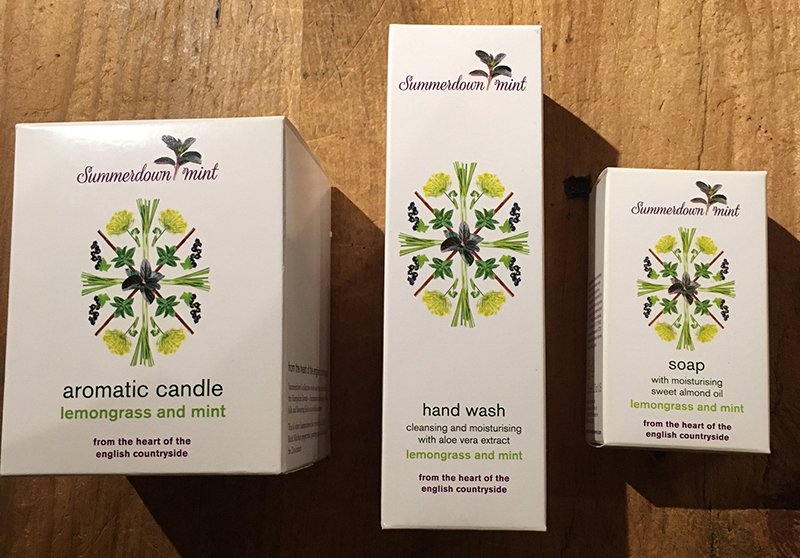 Chelsea Market Baskets also carries invigorating mint and lemongrass scented soap, candles and hand wash in our store. We hope to put together an online gift with these, which may also include Summerdown chocolate mints to enjoy after a spa day.

Next post: Shortbread House of Edinburgh – April Producer of the Month