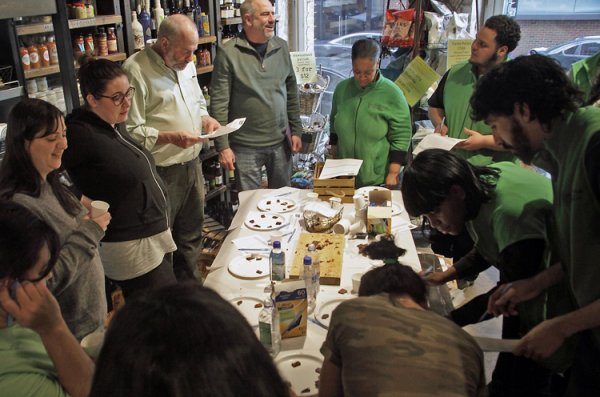 Similar to wine and coffee, the world of chocolate involves many nuanced flavors. Cocoa beans take on a terroir or a taste of the land similar to many foods, whether they are grown in the mountains of South American or near the coast in Viet Nam, the beans taste different. In addition, where and how they are crafted into couverture or their handling once harvested along with the grinding of the beans and the emulsification of the cocoa butter to form chocolate, all contribute to the taste.

We have watched the world get much more sophisticated about chocolate especially in the last 5 to 10 years. The single origin bean-to-bar movement was born in the last 10 years, Mast Brothers having played a big part in its birth and raising awareness.  Large companies like Callebut create couverture from blends of beans and create a taste that is designed to be very smooth and appeal to a wide range of palettes. But the couverture may also have a more processed taste and feel. The couverture is then sold to chocolate producers who temper the chocolate and mold it into bars or bonbons.

In the bean-to-bar chocolate process, a small artisan company controls every step of the process of turning cocoa beans into chocolate bars. An example of a small bean-to-bar company is Dick Taylor Craft Chocolate from Northern California and they recently won the grand prize within the Good Food Awards in Chocolate, for their 70% Bolivia Limited Release bar. We are proud to carry this bar. 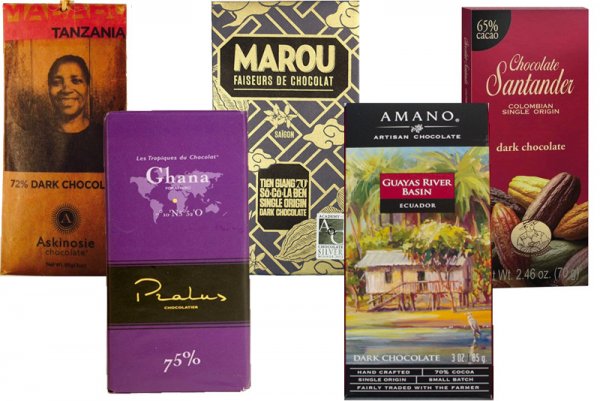 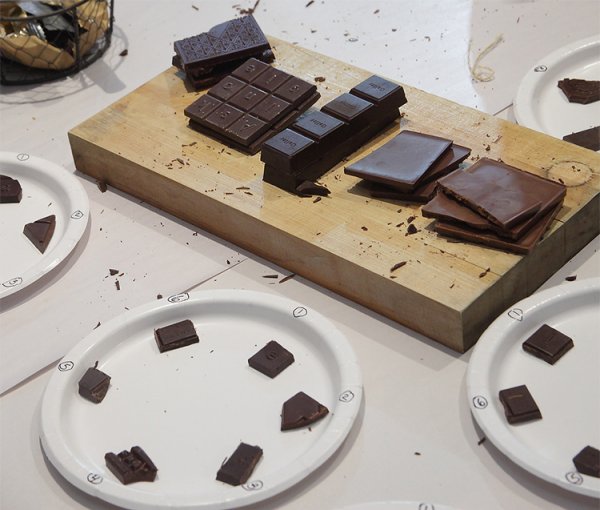 We recently held a blind tasting within our company to appreciate single origin chocolate bars and we all got some awareness, education, fun and a bit of consensus of what people here liked. We tasted the following:

The tasting provided inspiration to put together a chocolate tasting gift which we are inaugurating now and just in time for Valentine’s Day. Our first installment, which you can order on its own, includes a tour of South and Central America bean-to-bar producers and includes the Santander 65% bar from Columbia that took top praise at our tasting. Our group generally liked the bars from Central and South America, which have more nutty and tropical notes.

Visit our store and if you are curious about the different single-origin bars, ask for a taste of a bar, we often have bars open which you can sample. We think you may be surprised at how different one chocolate bar can taste from another.

Next post: March Producer of the Month: Summerdown Mint