Fall for Honey (and honey recipes for Fall)! 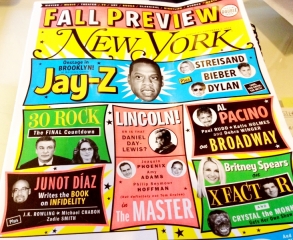 Fall is here is New York: Fashion Week is in full swing at Lincoln Center, Sunday Night Football kicked off last weekend, and Pumpkin Spice Lattes are back at Starbucks. As much as the cooling temperatures indicate a changing season, Fall has always been ushered in with flavor synonymous with the season: apple, pumpkin, cinnamon, and honey.  So, it seems fitting to share some of the best honeys that we carry at CMB and a recipe or two that will inspire you to pull your honey bear bottle out of the pantry in the coming months! 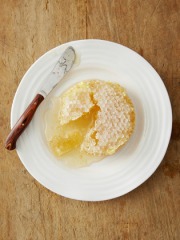 If you want your honey from as nearby as possible to the City, we have carried local favorite, Catskill Provisions Raw Honeycomb  ($18), a hand-cut round that weights between 8-10oz, for nearly a year.  Beekeeper Clare Marin has a farm in the Catskills, and also advises novice urban beekeepers on how to tend a hive in the city.  Because this honey is still encased in the beautiful honeycomb, you can just spread it on toast and call it a day, but Catskill Provisions recommends several cocktail recipes on their blog, and the “Bee’s Knees” recipe is worth passing along.

Coming from not much further away, CMB’s owner discovered Herbertsville Honey on a friendly visit to Sickles Market in New Jersey. The 1 pound jar is filled with walnuts and cranberries then capped with honey, and it is perfect with Greek yogurt for breakfast (or a filling snack). Because Herberstville Honey is hyper-local, they don’t ship the honey, but one of our own CMB staff, who lives nearby, stops in to pick up the order! This month’s delivery included: the Honey with Walnuts and Cranberries ($11.95), a classic plastic 12oz Honey Bear ($6.95), and the ever-popular Honey Lip Balm ($3.50) made with beeswax and vitamin E. 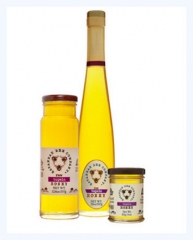 Our last domestic honey is from Georgia, and CMB has carried Savannah Bee Company since 2008. Besides the Royal Jelly Cream ($27.50), a skin care product that has been one of the top sellers, we love the clean and bright flavors of Savannah Bee Co’s Tupelo Honey Flute ($22, 20oz). It is a beautiful gift, and like a bottle of olive oil that will catch the light on a kitchen counter, this slender bottle is functional (sweet) décor! The possibilities of how you can use the Tupelo honey are endless, but I’m getting ready to host some football-viewing parties, and I can’t wait to serve this Honey Caramel Corn (which is, according to Savannah Bee Co’s test kitchen “extra ‘caramel-y’” exactly how I like it)!

However you incorporate honey into your cooking this Fall, I’m sure you’ll “bee” very happy you did (sorry I couldn’t resist!). Have a very happy beginning of the season, and we’ll see you soon at the store!

Previous post: The Great Minnesota Get-Together: What’s on Your Stick? A Food Guide