The Great Minnesota Get-Together: What’s on Your Stick? A Food Guide 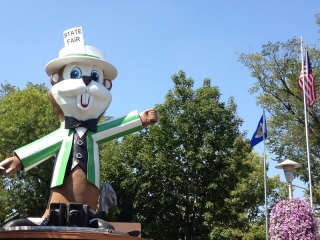 You may have heard about the Minnesota State Fair, the “Great Minnesota Get-Together,” in a few notable NY publications in the last month: Saveur magazine and New York Magazine’s Grub Street blog both had something to say about this end-of-summer ritual. But, as a Minnesotan who has been to 25 (yes, 25!) State Fairs (not counting the years that I went more than once), I felt compelled to thrown my own hat in the ring about what the not-to-be-missed foods are, although none of mine are on a stick, and why the Fair warrants a pilgrimage back home at the end of every August.

First, the food. Here is my list of top 5 foods that I have every year, without fail. Drum-roll, please! 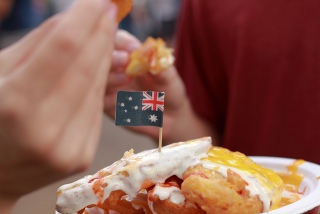 I didn’t know what I was missing until I went with just my brothers to the fair, instead of the whole family, and the first stop after getting into the fairgrounds was this booth. These are not french fries, but horizontal slabs of potato lightly battered and flash fried then served with a combination of ranch dressing and nacho cheese. They are hot and crispy, and although you get a stack per order, eating one gets your stomach ready for the blitz ahead! 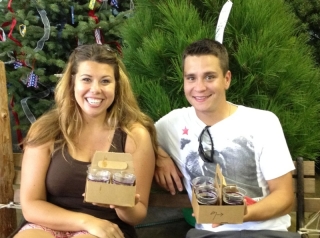 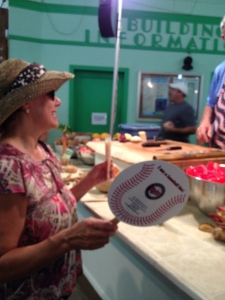 Every year the Fair introduces new products for your farm and new edibles! I agree with the assessment that many of the foods seem like a dare: “lamb fries,” camel nachos, and the like aren’t for everyday consumption, but they are missing the most interesting offerings. This year, an entire arm of the Agriculture Building was devoted to local craft beer and breweries, which is a growing food and beverage trend nationwide. We split two flights, one of dark lagers and stouts, one of Belgian-style ales, and it would be hard to choose a favorite. If you’re drinking MN beer, I’d recommend Farm Girl Saison or anything brewed by Surly. And, this year, also in the Ag Building one wing featured Minnesota orchards and locally developed varieties (did you know that Honeycrisp came from the University of Minnesota?). We weren’t going to get any cider or a bushel of apples, but then saw frozen organic apple cider push-up popsicles, and no-one objected with my brother came back with an armful! It was the perfect summer afternoon refresher: not too sweet, nothing fried, no spices, just clean and icy cold. 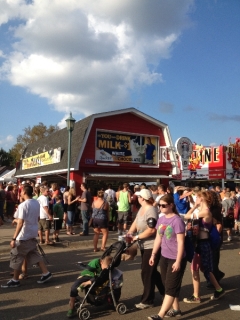 I should clarify, the bucket of Sweet Martha’s isn’t a dollar, but you can’t have one without the other, and this is the final thing you should eat on a Fair day because you can pick them both up on the way to the exit! I should look this up, but our family knowledge of “Martha” from Sweet Martha’s is that she was a schoolteacher who made cookies for a country fair one summer and her business exploded so that she retired from teaching and has two booths during the Fair’s two weeks that provide her a comfortable living. This is the softest, chewiest, freshest chocolate chip cookie you’ve ever eaten and because they are just bigger than a silver dollar, you don’t have to worry about eating more than one at a time. Like cheese and wine, you would be remiss to not eat your cookies with a glass (or 3) from the All-You-Can-Drink Milk Bar which is $1 for unlimited cups of 2% or chocolate milk in one sitting (this is why we do it last- and because with the cookies it is like a dessert course)! The Fair is a time to show livestock, including dairy cows, and those cows need to be milked, so this booth is where the pasteurized milk from all the exhibitors ends up! You watch it flowing from industrial milk pails through clear piping to 30 taps around the booth’s perimeter where “milktenders” will happily pour you another glass. It is the most wholesome pairing, and if your group can’t finish your cookies, you’re in luck because they come in a bucket with a lid, so you can carry them home to enjoy the next day (after you reheat them in the microwave, of course). 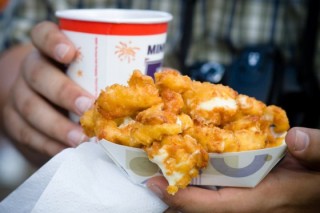 No trip to the Fair would be complete without these golden, salty bites. Who would have guessed the leftovers bits from making cheddar cheese would be so delicious, and, word to the wise, you need to be in dairy country to truly taste them because the secret is in fresh curds! Seriously, when you bite into the hot cheese, you should hear a “squeak.” I could eat the entire bowl of them, but luckily this year we had 5 people sharing, so I was spared from the dilemma of eating the entire 759 calories of the “serving” or tossing away these precious, once-annual treats! 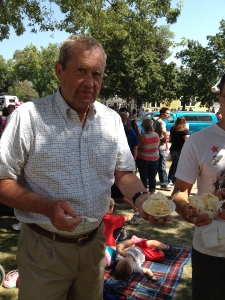 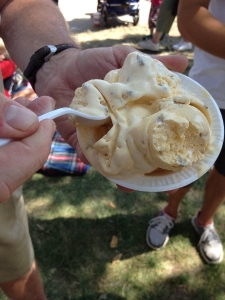 My number one most favorite State Fair Food is also one of the longest-historied foods at the fair. With the increased production of sunflowers in Minnesota during the late 1960’s, the Bee and Honey Superintendent developed the sunflower/honey ice cream, and if that isn’t the most poetic picture of bees and sunflower fields, then you just aren’t Minnesotan enough! Produced locally by Marigold, and only sold during the Fair’s two week duration, Honey Ice Cream is everything you want on a hot summer day. A little sweet, a little salty, and no cone necessary! I’m a purist with this treat, but recently the booth added a chocolate version which one member of my family prefers to the original…get a scoop of each if you must.

The Minnesota State Fair is about the food, but it is also about community, both large and small, and celebrating one another’s achievements in a healthy, competitive way. You cannot help but be impressed meeting the ranchers showing their prize heifers and congratulations are given to every 4H student with chickens and rabbits that they’ve been tending to all spring and summer long. Walking among the tractors, trailers and silos, it is impossible to not feel the rich agrarian history of the state and you realize that everyone here is connected to creating something: farmers growing crops, businesses testing and promoting new items, homecooks baking award-winning pies and canning pickles, and artists creating clothes, paintings, or furniture to display. We’re all welcome at the “Great Minnesota Get-Together,” so why don’t you planning on coming along in 2013? See you soon at the Fair! 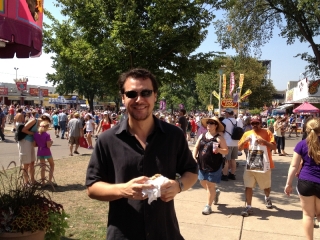 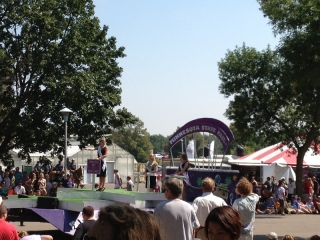 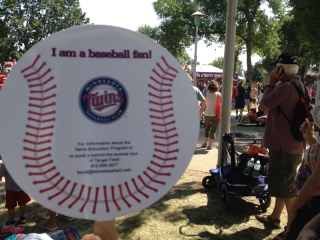 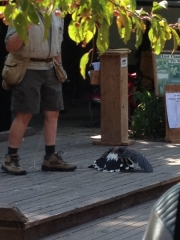 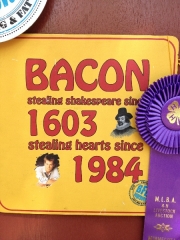 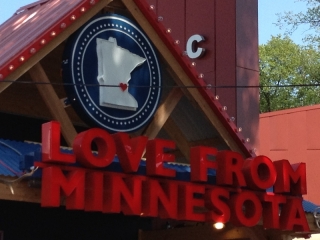 Next post: Fall for Honey (and honey recipes for Fall)!

Previous post: A New Cookbook and Before Summer Ends!