A Taste of HOPE

Chelsea Market Baskets is a proud partner in tonight’s A Taste of HOPE, a benefit tasting for the The HOPE Program, celebrating nearly 30 years of getting men and women back to work.

Our partnership includes having a tasting station at the event, and we are sharing our pressed cheese sandwiches with this culinary crowd of tastemakers! In honor of the special evening, CMB created a unique HOPE sandwich made with Barber’s Cheesemakers’ 1833 Farmhouse Cheddar and Kitchen Garden’s Old Spot Real Ale Chutney.

The very traditional British flavor of this pressed cheese showcases the imports that CMB is known for and celebrates the smaller, artisanal producers that we enjoy supporting. 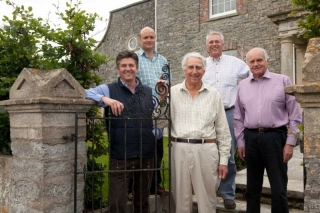 A quick aside about Barber’s 1833 Cheddar: this cheese has a legacy as the longest operating cheddar producer in the world. As the name suggests, the Barber family (for six generations!) has been pasturing cows and making cheese since 1833 at Maryland Farm in Ditcheat, Somerset (just outside the village of Cheddar, England).

Only a few vats of this “World’s Best” Award Winning cheese are produced annually because the 24 month aging process demands that the cheese culture be ideal to reach the full potential of an intense nutty, creamy flavored cheese with a slightly crunchy texture that results from the natural development of calcium lactate crystals.

For more about Barber’s and the proud tradition of Cheddar making, we’d recommend this great two minute video narrated by the family and filmed onsite in the English countryside.

CMB is in good company tonight; some of the other A Taste of HOPE partners include: Bien Cuit– the Village Voice’s “Best Bakery of 2011,” Brooklyn Brewery, Chef’s Table at Brooklyn Fare– Brooklyn’s only three Michelin-starred restaurant, Foragers City Table– our new neighbors in Chelsea, Murray’s Cheese, and Neuman’s Catering. 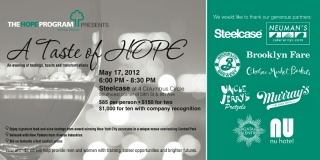 There are still last minute tickets available here, and most of the ticket price is tax deductible.

Of course, we will be taking photos of the event and share them on Facebook and Twitter for those that can’t make it, and we’ll be adding the HOPE sandwiches into our weekday lunch rotation at the store. Or if you are interested in making our HOPE pressed cheese at home, the recipe follows below. This recipe is for one, but tonight we will be making sandwiches for 250 attendees!

Here’s to helping others in New York City- a toast to A Taste of HOPE!

Serves 1, Hot off the Press

2) Spread chutney on one slice of bread, stack cheese on same slice, top with second slice of bread.  Butter the outside of both slices, generously. 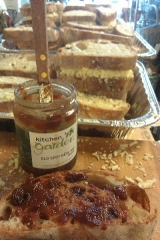 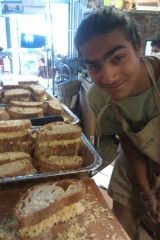 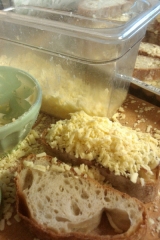 3) Place on hot press and allow to cook for 5 minutes or until cheese appears completely melted.  Avoid the urge to open the press during cooking because this keeps the sandwich from developing a nice crispiness on the outside. 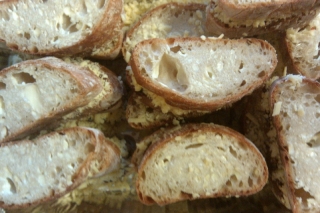 Next post: Summertime and the Livin’ is Easy with Lowcountry Produce

Previous post: Hong Kong- New York – It is a Small World After All!