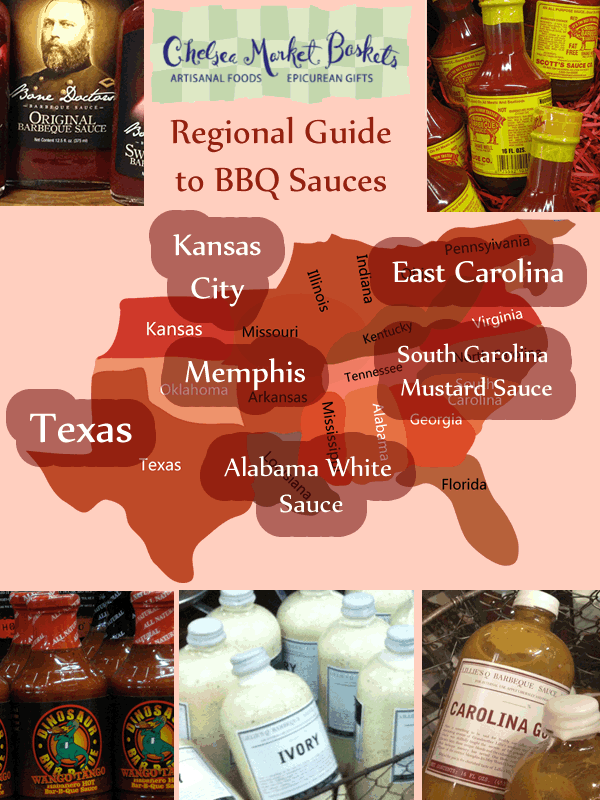 No matter where you come from in the United States, you will undoubtedly have a tried and true barbecue sauce. From Kansas City’s thick, tomato-based sauce to the more vinegary Carolina variety, there are cult followings for each type. Whether you marinate your meat first or just mop it up in large doses, BBQ sauce is a summer must and we’re here to enlighten you about the different kinds:

With this wide array of choice, it’ll be hard to choose just one variety for your next barbecue – you’ll have to try one of each all summer long!